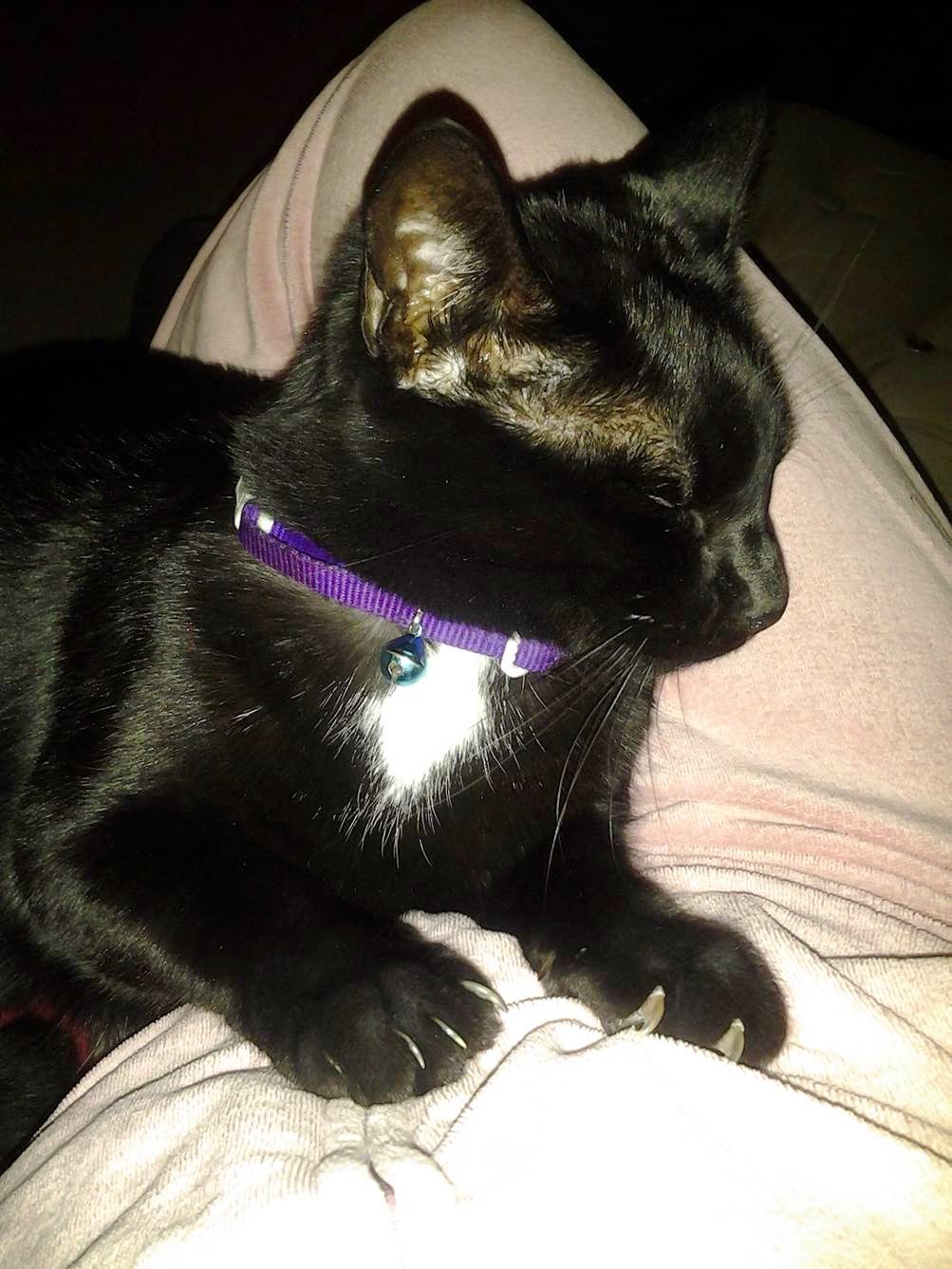 I've got to tell you who are pet owners, I've had a rough few days...and now I am a bit saddened. I had to say bye-bye to my boy. We had to put my cat, Sparky, to sleep. (That's him relaxing on my lap during happier times.) 'The Sleep' was our last option. My little boy was ill with no chance of recovering. I'd prayed, took him to the vet, and did everything I could. Yet his insides were failing.

I recalled that last year about this time, we were in a similar cycle. However, after a stay at the vet and with us implementing a different diet, he recovered. We got to spend one more wonderful year with him. Thinking on that, and how Sparky -- whom others had abandoned as a kitten -- barged into our lives one waning summer afternoon, a sweet peace filled me up inside. That was when I knew, of a surety, that it was time. We had to let go.

I drove to the vet's office and held him and told him of all the joy that he'd brought. With my throat aching, I whispered through tears that he would soon run free, on another plane, minus the little body that was ill. Then it became very liberating to watch him just drift off. I just had to be there at the end. Sure, it was painful; I'd seen another woman on the pet hospital patio bent over and crying her eyes out as a man tried to comfort her. Looking back, now I know she must have had as hard a decision to make as I did.

I also wondered, why can't we do something similar for our human loved ones when they reach the point of no return? To all you euthanasia haters DO NOT WRITE me. One: today, I don't want to hear/see/read it. And Two, I'm just doing the equivalent of thinking aloud. So again I say, let this one go.

One good thing did come of that hurtful experience though. We got to meet Dr. Josh, D.V.M. He was informative and patient and so very comforting. He and the other pet staff members there are truly the best.

I have since realized that when the time comes for us as humans, God will easily receive us too -- doesn't matter how we exit.

Well my darlings, I sincerely thank you for being here for me today. In parting I must say that I will always cherish the memory of my little Sparky. He had such a sparkling personality -- thus his name. Although he is gone, I am so grateful that my precious pet entered my life.

April
Posted by Unknown at 8:19 AM No comments:

Beyond Forty and Fabulous

You too can be beyond forty and fabulous. "What do you mean?" and "How?" You might ask. Well, there once was a time when a woman approaching her late thirties would begin to balk. Why? for the simple fact that she knew that the big 4 0 was looming.
Now days though, many women don't succumb to that notion. We realize that our twenties are the years of discovery. During that time we often enter the workforce and begin to carve out our place in the world. Then  the age of thirty and above brings change. We no longer have to  strive so hard to cause people or institutions to take us seriously, perhaps because by this time we've got a few achievements to our credit. Then bam! We're fabulously forty and beyond... 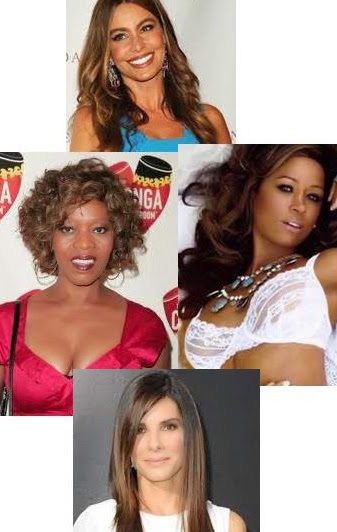 These I deem the opportunity years. I say so because by this time, we are complex multi-faceted individuals who resist the notion of getting older and beginning a downward spiral. Conversely, we know that we are getting better. Therefore, it is onward and upward! Often pushing forty, and beyond, we have left mindless frivolity behind. We find ourselves building something -- a  life, a portfolio, perhaps even a legacy. We have been, and have yet to go many places. By this time we are at least willing to think about trying something new, something that may even reside outside our comfort zone.
By forty and beyond, we may also have learned another language. Or like a few fab female friends of mine, we may have obtained a license for, and have learned to ride our very own motorcycles. Perhaps we parasail,  mix the perfect drink, or we just might be that sister who gives great party. Beyond forty, we have experienced enough to know ourselves, our likes and dislikes. We know others too; we are no longer naive girls just waiting for someone to 'pull the wool over our eyes.'
As women who are beyond forty and fabulous we have learned to trust

our instincts, as well as temper our hearts -- we don't get carried away with every whim. We have distinctive tastes, and our own unique sense of style. We have opinions, and we know we don't have to always keep them to ourselves. Beyond forty and fab women are aware that we are oh so sexy and intellectual in tandem. We don't desire to look teenaged or twenty. In fact, the majority of us would not re-take the journey to get here; it was just too hard. However, we can acknowledge that along the way, we achieved and learned priceless things/lessons.

I don't want men to feel left out. However, I simply happen to be speaking to my ladies right now, but men, we love you just the same. If you happen to be a fab beyond forty woman -- or even a man -- hit me up. Show me some love by giving me a like, or by leaving a comment. Hey, let's show the world, the fabulous beyond forty folk are a nation and not just a fateful few. And since that is the case, I believe advertisers and politicians need to take us into consideration a bit more, because indeed we have enormous buying as well as voting power.

For those of you that have yet to join this wonderful sisterhood, (and brotherhood), just know that all of the above are only a smidgen of what you have to look forward to. In parting, I can truly say what has been said for years: beyond forty truly is fabulous!

I will speak with you soon.

This post is lovingly dedicated to the memory of my fabulous Aunt Kitty.

Hello Friends and Fam,
I know I've been unplugged for a while. Yet I am so happy to be chatting with you again,
so let's jump right in! 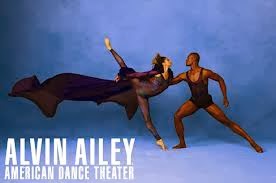 As I have written in the past, I try to see the Alvin Ailey Dance Theater – That used to be under the artistic direction of once-dancer par excellent Judith Jamison (below) -- whenever they are in town. 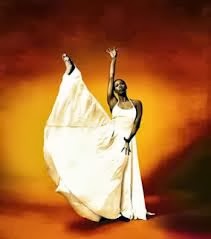 I happen to love this troupe that has performed for over 23 million people in 71 countries on multiple continents. I totally relate to the dances and the music that happens to be rooted in the unique African-American experience.

I also love that while creating his dances, the late great formally trained founder,
Alvin Ailey called forth his memories of the American south. He summoned the universal human experience so aptly expressed in the blues, gospel music, and Negro spirituals. Doing so caused him to create unbelievable works, one of which is his critically acclaimed and most popular, entitled Revelations.

Now don’t get me wrong. The company performs ballet and other dance genres. They also strive to preserve the wholly American modern dance heritage. Now more than ever is this evident. Perhaps it is due Robert Battle, who became the Ailey Dance Theater’s Artistic Director in 2011.

I must say this year, there was a distinct difference. In the past, while watching the performers, whose ethnicities widely vary, I felt powerfully moved, and stirred. I even thought about the origins of African Dance. However, there have been subtle changes which caused myself and others who attended to question whether or not the Dance Theater is moving away from the traditional, to become more mainstream.

To me ‘more mainstream’ like portions of the 2014 show are overkill. I mean who can’t turn on their TV or tune in to YouTube to watch modern dance on any number of platforms? For me what made the Ailey experience one that I looked forward to each year was the fact that the dance troupe reminded us that African dance has always played a vital role in the lives of tribal people. Dance was used in everyday life. It was significant in religious rituals too; it was used to request success from the supernatural, and to deter danger. Dance was and still is used to express emotion, and to celebrate life’s milestones.

I know that other ethnicities use dance in similar manners.
However African dancers do what some others do not.
They use their body’s different centers to create complex movements;
whereas in parts of the world dancers simply move the body as a whole. 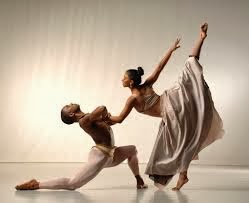 I love the isolation that African dance employs, which causes different areas of the body to rhythmically move while creating a breathtaking whole. I love the mood, set by the drum, the beat -- the actual steady heartbeat of the dance. The drum and the beat were carried to the new world when the enslavement of Africans began, in the 15 and 1600’s. In Spain, the Caribbean, and in the Americas, dance and the drumbeat were used to keep the African’s cultural connection with his and her homeland alive. However, in North America this became prohibited. Yet despite the oft times degrading harshness of their new existence, the African found a way to allow his and her spirit to occasionally soar.

My ancestors did so through beautiful transcendent dance. They allowed their moves, and their bodies -- unlike their souls and their dreams -- to adapt. Instead of lifting the feet, as prohibited, the hips took over, and the feet were slid or shuffled, as the rest of the body continued to undulate to the beat.

This type of dance is a powerful thing to watch. Not only does it speak to those of African descent, it simply speaks…to humans no matter their race, or ethnicity. This is evidenced by the millions, who like me; flock to see the Ailey Dance Theater. This is also evidenced by the dances that we see throughout the world, innumerable dances that have been Afro-Rhythmically inspired. As an African-American, I am proud to say: beautiful dance – African dance, and ethnic dance -- will forever live on. I simply hope it will do so in the performances of the Dance Theater that was founded by Alvin Ailey, the creative genius now gone who also believed in African-inspired dance. 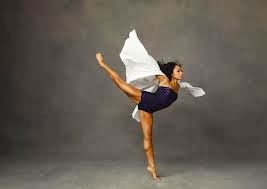 As a longtime patron of the arts I have one thing to say. I plainly say to the present and future Artistic Directors who will helm this TRADITIONAL dance troupe, REMEMBER OUR ROOTS! 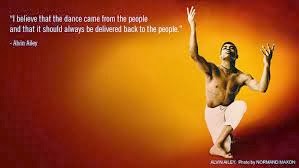 To see the beauty of the Alvin Ailey Dance Theater click here. And be sure to see them when they visit a town near you!

To read another's point of view regarding Ailey, click here.