I haven't gotten with you in a long time. Yet knowing me as some of you do, you are aware that I never stop writing. You know too that sometimes life takes over, preventing me from blogging as much as I should or could. However, today I just had to get with you. Actually, I've been meaning to for a few days.

As of this writing, the world knows that we recently lost our iconic musical genius, our diminutive demigod, the unparalleled artist known as . . .Prince. Due to this loss, millions of people are deeply saddened. Why? Because we luh dat man, present tense, although he is now gone.

Listen, on the day that we lost him I had someone say to me, "People die; what is the big deal?"

What is the big deal?! I had to consciously breathe. Slowly. Now I must explain.

Prince Rogers Nelson was not just another singer, lyricist, performer, guitarist, or musician. He wasn't your ordinary patron of the arts, philanthropist, or music mentor, either. He was the height of those things, and then some. To his die hard fans he was the ultimate. It was the reason we followed him through his many evolutions -- from the late seventies until 2016.

When he wasn't in the public eye, as his true fans we eagerly awaited his return. To paraphrase his song, Call My Name we knew it had only been three hours, but without him we felt like we just might have gone insane. We felt that way because...we luh dat man, and we did for a plethora of reasons, a few of which I will try to encapsulate right here, right now.

Why we loved that man:

He was just so darn aesthetically appealing. Eye-candy, he was pleasing to look upon. Forever fashionable, he was a vision, from his beautiful and ever-changing mane, to his gorgeous guy-lined beautiful brown doe eyes. Who could forget his pretty pucker, those magic hands, or that lithe body that he kept so tight and trim? And the way he wielded his guitar, the consummate phallic symbol; need I say more?

Reason # 2
He was unbelievably sensual, and he knew it. To paraphrase him again, in a word, [he was] sex. He wasn't only sexy of body, but in mind. The former was how he hooked us. The latter was how he reeled us in, and kept us his willing and captivated audience. And talk about his prowess as a musician; how he could make a guitar weep! No wonder he was inducted into the Rock and Roll Hall of Fame. Then he had an arsenal of primal sounds, the likes of which you'd be hard-pressed to hear another man utter. Hearing it would just raise goose flesh. As a woman, I will just go on and say it: he was sexy -- as sexy as I am. Mind you now, for most women, there just aren't enough men we want to say that about.

We loved him because he said the things many men find hard to say. Perhaps some find it tough to articulate certain sentiments because to them it is foreign. Or maybe some are not as in touch with their soulful side as we would like them to be; I do not know. I only know that our beautiful Prince wooed us. Cerebral, as women are, he understood our most important unspoken rule. We need to hear the words, and often. You see that's why he could say Let's Go Crazy and so many of us wholeheartedly went, shedding clothing as we did.

Reason # 4
He was fearless. As a writer, that was the quality I prized most. I believe that lack of fear, or pushing past it, enabled him to elevate his songwriting to the level of art form. Those of you who know more than just his commercialized works understand where I'm coming from. He often allowed whatever he felt to flow. I imagine it coursed through him, thereby giving us lyrics, guitar licks, and the imagery in song of which we could never have dreamed.

That fearlessness was inspiring. It gave me the courage to write the type of books I write. His audacity gave me the pluck to write this to you today. That was the gift he gave; if it happened, it found its way into one of his songs, into the studio, then ultimately onto the stage that he so masterfully commanded. 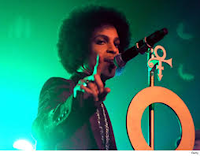 We loved that man because he was spiritual, and he didn't try to conceal it. He was on a quest, and his thirst for knowledge would not be quenched. Wanting to know things, he avidly sought the divine. He did not want to know someones Grandma's God, alone, he wanted more. This led him to fervently pursue  deity. As a result he allowed deified creativity to flow through him. Thus, he could move millions to tears, to near-frenzy, worship, or to any emotional level or combination in between.

Reason # 6
He was philanthropist, one who gave untold sums to charities and grassroots initiatives. Many times he did so on the hush, minus the fanfare that so many narcissistic celebrities seek. It was his desire to see children educated so that they could in turn grow up and become college graduates or successful in other areas of life. Although his causes were many, he never forgot individuals. When they least expected it, he would surprise the unsuspecting with much needed aid. He had a heart for people. He mentored scores of musicians. It was also his belief that even those deemed terrible offenders could be reformed.

We loved him because he was knowledgeable. He was aware of things going on in the world surrounding him. He kept abreast of politics. He spent time with and was often interviewed by some of the greatest minds of our time. Proving he wasn't all fluff, when he chose to, he could hold his own, articulating particular points of view in the most viable and straight forth manner.

For some, nothing is as big a turn-on as one who is willing to learn and grow mentally. A smart man? Who doesn't love one, especially that man who isn't arrogant about it, but just wants to drop a little knowledge when he can? Who doesn't love a brotha who can talk till the wee hours, and yet enthrall while speaking on any and every thing?

Those of us of a certain age can remember landlines, and late night marathon phone sessions. Those are the times Prince took us back to, when he so chose -- rappin' till the sun came up. . . Remembering these types of things are one of the reasons some of us are reeling, and still feeling like we did back in the day. We know others think it is time, time to let go, but we can't. We can hardly bear to do so without (to quote him again) tears of joy falling down on us.

However, in knowing that our lovely Prince has transitioned, we must remember what he said. We shouldn't waste any more prayers.

Sure, we're not ready to disconnect, not from him, because we would still like to hold him, in our hearts and minds. We want to hear his voice, see his image, and gaze upon his likeness in concert just one more time.


Why? For all the reasons above and more.
Simply put: we luh dat man,
and 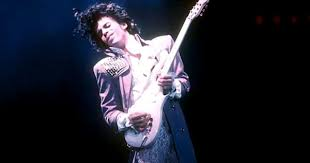 Until the end of time.